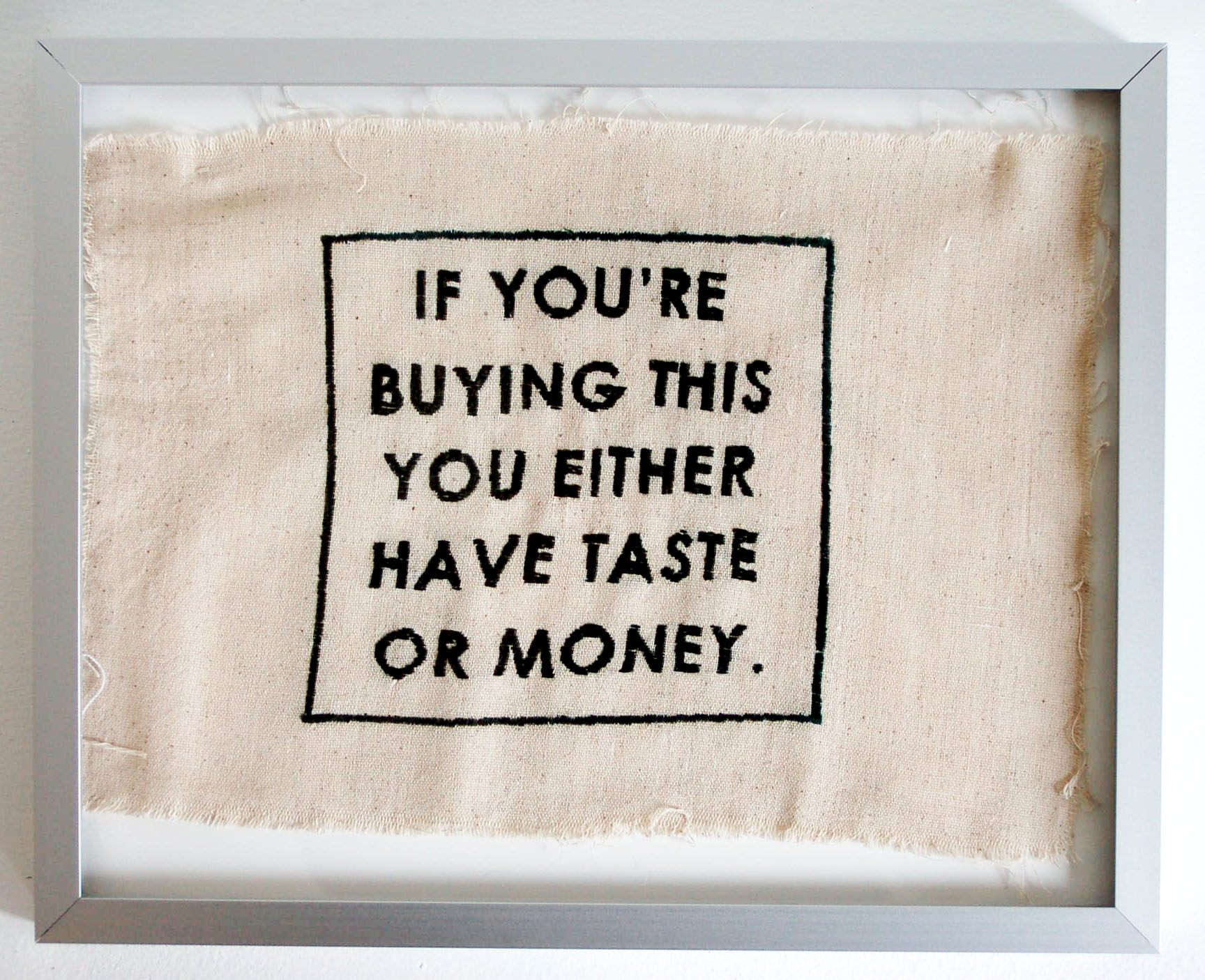 oh lord, not another piece of word art: if you’re buying this you have either taste or money

In a warm, darkened room, during a slide presentation for a basic freshman drawing course, Professor Richard Wiegmann projected a line drawing by Matisse, and paused…. And I thought to myself, well, so what?

He then told us to count the number of lines that made up the drawing. (Six, yes. Well, five and a blot) Then we counted them together, and he paused…. Finally, he said something about how every drawing Matisse had ever done had prepared him, had led him to be able to capture everything about this woman: the pose, the weight of her real body, her personality, and Matisse’s own attitude toward her, in six lines. Because… that’s all it needed. And he let us sit there with that statement for a while.

I was absolutely hooked.

That short story reveals what I love about art, as well as the lessons I’ve learned and have continued to use in my teaching and in my artistic practice. For example, about the stealthy nature of art—how it can fly under the radar as a conveyer of meanings, a static holder of many truths simultaneously. And about how there is strength in quietness: in the voice that whispers instead of shouting, that chooses restraint over verbosity. And finally I learned the power of pausing, so that art can speak, so that it can work on you, and where there is time both for reaction and reflection on that reaction.

Located in Seward Nebraska, Jennifer Bockelman addresses themes of power and cultural identity as filtered through language. She is interested in accidental juxtapositions, and the stories we tell ourselves about ourselves. Simultaneously sincere and snarky, she is helpful yet unconstructive. Bockelman’s practice includes stitched works, drawings, tongue-in-cheek political gestures, and performances.

Bockelman received an MFA from the University of Colorado, Boulder in sculpture. She teaches at various colleges in eastern Nebraska. Her artwork has been shown at BMOCA in Boulder, Irontail Gallery in Denver, Zhou B Art Center in Chicago, and locations in Nebraska. She has completed residencies at Art Farm, The Kimmel Harding Nelson, and most recently at the Brashnar Creative Project in Skopje, Macedonia.