All Posts in “Reading”

Joe Starita will receive the 2019 Sower Award in the Humanities as announced by Humanities Nebraska.  Starita will be presented with the award on Thursday, October 24 at Omaha’s Holland Performing Arts Center.  The presentation will immediately precede the 24th Annual Governor’s Lecture.

Starita is currently a journalism professor at University of Nebraska, Lincoln’s College of Journalism and Mass communications.  Before joining the faculty in 2000 Sarita was an investigative reporter at the Miami Herald where he specialized in exposing unethical practices in the medical community.  One of his stories of extortion of insurance companies with bogus claims was a Pulitzer Prize finalist in the category of local reporting. 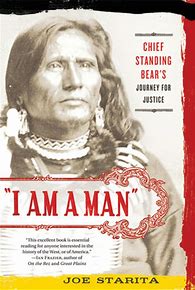 Starita is also an author of three books that have been recognized for exploring the role of Native Americans in history.  “The Dull Knifes of Pine Ridge – A Lakota Odyssey” was nominated for a Pulitzer Prize.  Proceeds from “I Am a Man: Chief Standing Bear’s Journey for Justice and “A Warrior of the People: How Susan La Flesche Overcame Racial and Gender Inequality to Become America’s First Indian Doctor” fund scholarships that enable Nebraska Native American students to attend college.  Starita earned the national civil right award, Leo Reano Award in July of 2011, for his work with the Native American Community.

Starita’s ability to deeply probe these subjects that have shaped the past and the lives of many secures him as one of Nebraska’s treasures.  The Nebraska Cultural Endowment would like to extend our sincere congratulations to Starita for this well-deserved honor.

The Nebraska Cultural Endowment exists to serve you by providing reliability and sustainability for the arts and humanities programs supported by Humanities Nebraska and the Nebraska Arts Council. Hundreds of organizations around the state benefit from their grants and programs. END_OF_DOCUMENT_TOKEN_TO_BE_REPLACED

Aspiring To A Livelihood

We live in exciting times. I watch the changing Nebraska environment and ambience and relish its growing complexity. On Thursday March 12, 2015 we had to choose between a Georgia O’Keeffe lecture at the Joslyn, a lecture on kimonos at the KANEKO and a potluck at Gallery 72 feting father and son artists, all were free, two came with food. As a professional historian I see accomplishments and unmet goals, both encouraging and disappointing. We have a crisis of abundance and a dearth of social resources, thus inequality of opportunity and income. END_OF_DOCUMENT_TOKEN_TO_BE_REPLACED

Writing is my Livelihood

My interest in wordplay began in childhood. Growing up in North Omaha I found myself attracted to the wonder of certain words, usually multi-syllabic tongue twisters I heard television talking-heads wittily brandish. I also fell under the near fatal spell of alliteration.

END_OF_DOCUMENT_TOKEN_TO_BE_REPLACED

Poetry Is My Livelihood

Twyla’s Story
I did not attempt creative writing when I was young because I had no notion I could. My unlikely path to poetry—to creativity, really—was detoured by everyday life: growing up, marrying, starting a family, working, attending college as a non-traditional student. By the time I graduated with a degree in horticulture, I thought I knew what I wished to do and where I was headed. Not exactly.

END_OF_DOCUMENT_TOKEN_TO_BE_REPLACED

Author Visits Are My Livelihood

Erika’s Story
I was in 6th grade at Morley Elementary in Lincoln when my teacher announced that Ivy Ruckman would visit our school. She had just published Night of the Twisters, a book that amazed me because it wasn’t remote and it wasn’t entirely imaginary. It was about an event that I remembered in a city not too far away.

This was groundbreaking for me. Since 2nd grade, I’d been writing about haunted houses and mysteries and dragons in places far from Nebraska. Night of the Twisters encouraged me to imagine new stories closer to home.

END_OF_DOCUMENT_TOKEN_TO_BE_REPLACED

Social Studies Is My Livelihood

Kristi’s Story
I was about seven years old when the teacher at my one-room school suggested that I read Little House on the Prairie by Laura Ingalls Wilder. It seemed really daunting at first, but soon I was totally engrossed in the story of Pa, Ma, Mary, Laura, and Baby Carrie starting a life in a place not that far from where I called home. I made a little nook for myself on the floor of the walk-in closet in the bedroom my little sister and I shared and missed many different calls for supper that first evening!

END_OF_DOCUMENT_TOKEN_TO_BE_REPLACED

Culture Is My Livelihood

When I was thirteen my mother gave me a paperback copy of Bess Streeter Aldrich’s A Lantern in Her Hand. The book told the story of a girl who grows up in the Nebraska Territory in the late 1800s.We had just moved from Nebraska to California, and the gift may have been my mother’s way of encouraging me to know and appreciate my heritage on the plains. It worked! I developed a love for history, Nebraska, and reading.