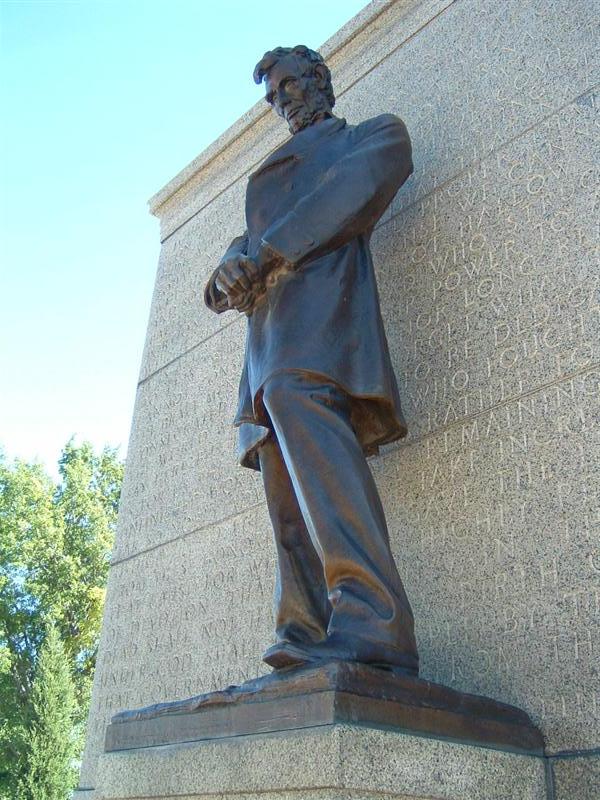 LAWYERING IS MY LIVELIHOOD

Did you know that a Nebraska lawyer, Frank M. Hall, played a role in the design of the Lincoln Memorial in Washington, D.C.? I thought of Hall as I pondered how my life as a lawyer has intersected with the arts and humanities.

We lawyers come to our livelihood through many routes. As a boy, my house was filled with books, music, and lively conversation. I read widely, especially biographies and history, fueling a life-long interest in government and the political process. My parents and a succession of teachers encouraged me to love language, to enjoy music and the theatre, and to engage in public life. The arts and humanities were always there along the road, fueling my imagination and shaping my values.

The essence of my livelihood has been to help people resolve disputes. The tools of my trade have been reading and writing, listening to and telling stories, and understanding the values that guide our community.

These liberal-arts roots prepared me well for a legal education, where the goal is to foster critical thinking as much as learning substantive law. Moving on to the challenge of representing clients, the dividends continued. The essence of my livelihood has been to help people resolve disputes. The tools of my trade have been reading and writing, listening to and telling stories, and understanding the values that guide our community. I agree with Guido Calabresi, a United States circuit judge, who has observed that, “it is impossible fully to understand law without a deep and sympathetic knowledge of the liberal arts.”

Which brings me back to Frank M. Hall. An early partner in my law firm, Hall was a prominent Lincoln attorney and a passionate art collector. Many arts patrons know of Frank and his wife Anna because they donated an extensive art collection and trust fund to the University of Nebraska, forming the nucleus of the Sheldon Art Museum. Less well known is Hall’s role in building the monument to Abraham Lincoln on the grounds of the Nebraska State Capitol. After the Legislature authorized the project, Hall led the committee that raised the funds and chose sculptor Daniel Chester French and architect Henry Bacon to create the statue. After the Lincoln statue was unveiled to enthusiastic reviews in 1912, Congress commissioned French and Bacon to design the Lincoln Memorial.

Though Hall’s legal accomplishments are long forgotten, his contributions to the cultural life of our state and nation will live on for generations. 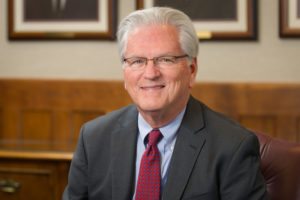 A Nebraska resident since he was 12, David R. Buntain earned his bachelor’s and law degrees from UNL and a Master in Public Affairs degree from Princeton University. Since 1975, he has practiced law with Cline Williams Wright Johnson and Oldfather, L.L.P., which has offices in Lincoln, Omaha, Aurora, Scottsbluff and Fort Collins, Colorado. David has been a volunteer and leader in many arts and cultural organizations, serving as president of the Nebraska Repertory Theatre and Lincoln’s Symphony Orchestra. He is currently on the boards of Humanities Nebraska and the Nebraska Cultural Endowment and is president of the Nebraska Foundation for the Humanities. He and his wife Laura live on an acreage between Omaha and Blair.