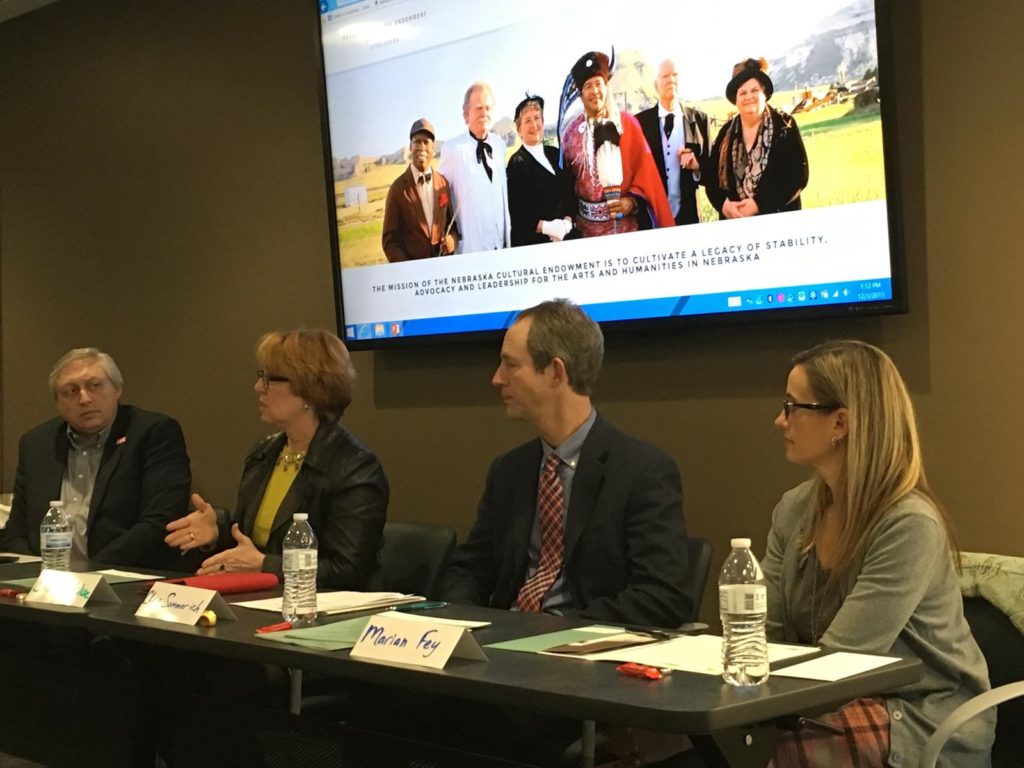 A Year End Message From The Executive Director

I hope you have been able to enjoy some of the many arts and humanities programs available during this holiday season all across Nebraska. Last year my family visited the Stuhr Museum for Christmas Past and Present. It was well worth the drive from Omaha to experience the magic of Railroad Town by lantern light! Did you know that over the past five years Grand Island has received more than $150,000 in grant and programming funding from the Nebraska Arts Council and Humanities Nebraska?

I also was able to attend the Norfolk Comedy Festival for the first time. I walked down the red carpet, was interviewed by a local radio station and was dazzled by the flashes from the “paparazzi.” And that was all before settling into my seat in the Johnny Carson Theater and laughing for over two hours! Since 2009, Norfolk has received over $520,000 in HN and NAC funding for grants and programs.

What arts and humanities experiences did you have in 2015? Were you able to stop by the Chautauqua in either Alliance or Kearney? Did you see a show at the North Platte Community Playhouse or an independent film at Film Streams in Omaha? Did your children benefit from a NAC artist or HN speaker? As our 2015 “Road Trip” team saw first-hand this summer, arts and culture are alive and well throughout our state!

In 2015, Nebraska Cultural Endowment funding for organizations and programs across Nebraska grew to $8.4 million since the first distribution in 1999. That simply wouldn’t be possible without support from friends and stakeholders like you. This reliable and sustainable revenue source for Humanities Nebraska and the Nebraska Arts Council is now more than 20% of each organization’s program budget!

Please consider a generous gift to the Nebraska Cultural Endowment as you review your year-end contributions. Every donation is matched dollar for dollar by the State of Nebraska public fund and matched again by a combination of individual and private foundation challenge grants, more than doubling the impact of your gift. Donations may also be made online at www.nebraskaculturalendowment.org.

Happy New Year and peace to you during this beautiful season.