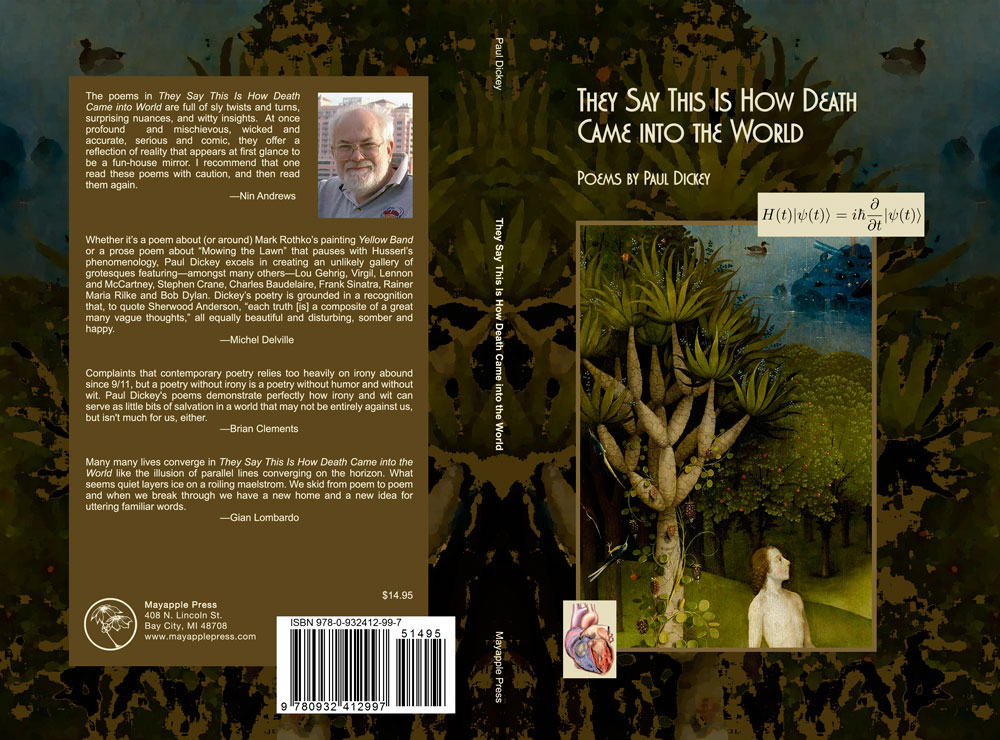 Committed To The Art Of Writing Is My Livelihood

I particularly like the title of this blog – Livelihoods – in how it reflects the artistic attitude and the artistic challenge. Pursuing one’s livelihood is an act of securing all the necessities of life. For many authors and artists, it is difficult to do that in a single career or a single passion. Those of us committed to our art or writing know that the basic necessities of life include not only food, water, shelter and clothing, but also the exercise and sustaining of the imagination. But often what puts food on the table does not fuel the imagination, and often artistic work does not provide the other necessities.

What is one to do? Well, one gets by. Somehow. I learned from Rilke as a young man that if one must write, one will write. To a poet, poetry ever is “louder than a bomb” (as others on this blog have said) and also “quieter than a stone,” or perhaps both at the same time. For the playwright, the poet, the visual artist, the indie film producer, the songwriter, the actor, and others, art is not a “hobby” and don’t you dare call it that to them.

One is first nourished by the strength in the art of others until eventually one must walk on his or her own legs, regardless how weak.

One is first nourished by the strength in the art of others until eventually one must walk on his or her own legs, regardless how weak. In high school and then college, I absorbed rock lyrics (1960’s) and particularly soaked up Bob Dylan and Leonard Cohen as I studied philosophy at Wichita State University and Indiana University. In writing workshops at WSU, I fed on Rilke and W. D. Snodgrass and the mid-20th century Moderns. At Indiana, I studied the no-nonsense positivism and empiricism of Carnap, Popper, Quine and Wittgenstein.   For me, the life of the mind and that of the heart came together paradoxically in my own quirky, personal human imagination (and that is how I hope to speak now as a poetic voice.) But then I only yearned (though not yet had learned) to write my own story, not echo the words and lyrics of those I loved and admired.

That was a long time, a long time coming, as Sam Cooke sang. In grad school, I had envisioned a coordinated pursuit of all life’s necessities as a university professor in the Philosophy of Science. But that did not work out for me and for many years I segmented my efforts to earn life’s essentials as many authors and artists must. For years, I worked as a computer programmer and in emerging areas of technological research and projects, including artificial intelligence and online stock trading. The 1980’s and 1990’s were exciting times in microcomputer technology and it was a good life, but poetry took a back seat and it seemed often like I was no longer a poet or worse, perhaps had never been one. Eventually though, things changed and the common provisions were secured. Fortunately, my need years ago as a young poet to develop the imagination had persisted. To my awe and amazement, I found poetry was still “louder than a bomb” and “quieter than a stone.” 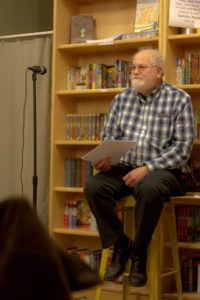 Paul Dickey grew up in Wichita and began publishing poetry in the 1970s. Dickey has a Bachelor’s degree from Wichita State University and a Master of Arts degree from Indiana University, Bloomington, in the History and Philosophy of Science. In 1985, he moved his family to Omaha. After a hiatus begun in 1980, Dickey started to publish again in 2003 when he retired from a career in information technology, online stock trading, and management. Since then, he has published poetry, plays, creative non-fiction and fiction in about 150 literary journals.

Dickey’s first full-length book of poems, They Say This is How Death Came into the World was published by Mayapple Press in January, 2011. A second book, Wires over the Homeplace was published by Pinyon Publishing in October, 2013.