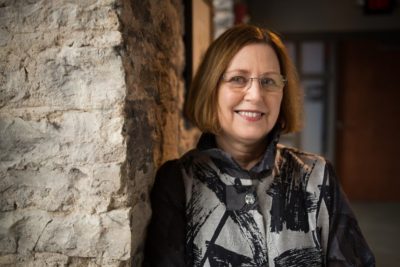 The National Assembly of State Arts Agencies (NASAA) has named Suzanne Wise, executive director of the Nebraska Arts Council, the recipient of its 2018 Gary Young Award. The award recognizes an executive director who has made an extraordinary contribution to public support for the arts at the state, regional and national levels. The award will be presented on November 3 during NASAA’s annual conference, Assembly 2018, in Baltimore, Maryland.

Suzanne Wise has been executive director of the Nebraska Arts Council (NAC) since 2003. Before her appointment, she served on the NAC staff managing grant programs, special initiatives and the 1% for Art program. She was part of the development team that established the Nebraska Cultural Endowment, a public-private partnership that raises and invests funds for NAC and Humanities Nebraska. The endowment is currently at $20 million and is on track to have assets of $30 million by 2029.

During Wise’s tenure as director, NAC has collaborated with the Nebraska Department of Education in developing the state’s first fine arts curriculum standards, reestablished the Nebraskans for the Arts advocacy organization and created an artist showcase gallery at the NAC offices in Omaha’s Old Market district.

“NASAA applauds Suzanne Wise’s receipt of the Gary Young Award, our field’s highest honor for executive leadership,” said NASAA President and CEO Pam Breaux. “The constructive collaborations she has piloted throughout her state, her policy acumen, and her commitment to arts education and advocacy have greatly advanced the public value of the arts in Nebraska. NASAA is pleased to recognize Suzanne’s many accomplishments with this award.”

The Gary Young Award was established by the New England Foundation for the Arts to honor the memory of a man who made numerous contributions to the state arts council movement in the United States, and to provide recognition to those who carry on his tradition of leadership in this field.

Founded in 1968 and celebrating 50 years of service in 2018, the National Assembly of State Arts Agencies is the nonpartisan membership organization that serves the nation’s state and jurisdictional arts agencies. NASAA helps state arts agencies fulfill their many citizen service roles by providing knowledge services, representation and leadership programs that strengthen the state arts agency community. NASAA also serves as a clearinghouse for data and research about public funding and the arts. To learn more about NASAA and state arts agencies, visit www.nasaa-arts.org.